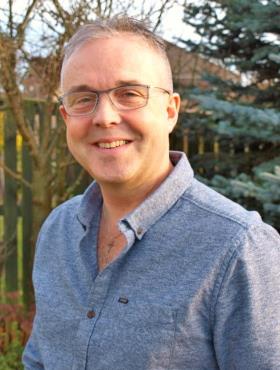 Blair H Smith is Professor of Population Health Science at the University of Dundee, Scotland where he has established the Chronic Pain Research Group.  He is an academic general practitioner, and currently practises as a Consultant in Pain Medicine in the National Health Service (NHS). Graduating at the Universities of Glasgow (MBChB, 1987) and Aberdeen (MEd Distinction 1998; MD 2000), he held an NHS Primary Care Career Scientist Award (2000 to 2005) and was Professor Primary Care Medicine at the University of Aberdeen until 2011.  He has authored over 190 peer reviewed research papers and various books and chapters, and has been a (co-) investigator on research grants totalling over £17M.  He is a Chief Investigator on Generation Scotland (www.generationscotland.org), a major collaborative genetic epidemiology programme funded mainly by the Scottish Government.  He is Chair of the International Association for the Study of Pain Neuropathic Pain Special Interest Group (NeuPSIG). He chaired the NHS Scotland / Scottish Government Chronic Pain Steering Group until 2011, and was appointed to the post of Lead Clinician for Chronic Pain by the Scottish Government in April 2014.