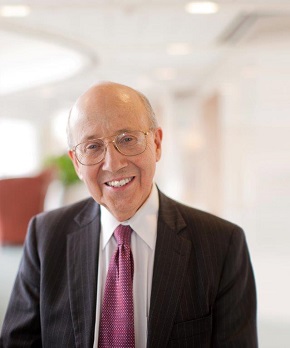 Professor of Pharmacology and MedicineMayo Clinic, Mayo Clinic College of Medicine and Science

Dr. Weinshilboum received B.A. and M.D. degrees from the University of Kansas, followed by residency training in Internal Medicine at the Massachusetts General Hospital, a Harvard teaching hospital, in Boston. He was also a Pharmacology Research Associate at the National Institutes of Health in Bethesda, Maryland, in the laboratory of Nobel Laureate Dr. Julius Axelrod. Dr. Weinshilboum began his affiliation with the Mayo Medical School and Mayo Clinic in Rochester, Minnesota, in 1972 where he is presently Professor of Pharmacology and Medicine and Mary Lou and John H. Dasburg Professor of Cancer Genomics Research. Dr. Weinshilboum’s career has been devoted to the development of “Precision Medicine”, specifically, the use of genomics and other “omic” science to individualize drug therapy. He currently directs the Pharmacogenomics Program of the Mayo Center for Individualized Medicine and he is Co-Principal Investigator of the long-standing US National Institutes of Health (NIH) Pharmacogenomics Research Network Center at the Mayo Clinic. Dr. Weinshilboum has authored over 400 scientific manuscripts which address personalized drug therapy. A major area of investigation initially was the pharmacogenetics of drug metabolism but, in recent years, he has increasingly applied genome-wide pharmacogenomic techniques to study individual variation in response to the drug therapy of breast cancer and depression. Dr. Weinshilboum has been the recipient of many awards and honors including an Established Investigatorship of the American Heart Association, a Burroughs Wellcome Scholar Award in Clinical Pharmacology Award, the Oscar B. Hunter Award of the American Society for Clinical Pharmacology and Therapeutics, the Harry Gold Award of the American Society for Pharmacology and Experimental Therapeutics, the Catecholamine Club Julius Axelrod medal, the Edvard Poulsson Award from the Norwegian Pharmacology Society, Distinguished Medical Alumnus Award from Kansas University Medical School and Mayo Distinguished Alumni Award. He has also served on the Advisory Councils for two US NIH Institutes, the National Institute of General Medical Sciences (NIGMS) and the National Human Genome Research Institute (NHGRI).