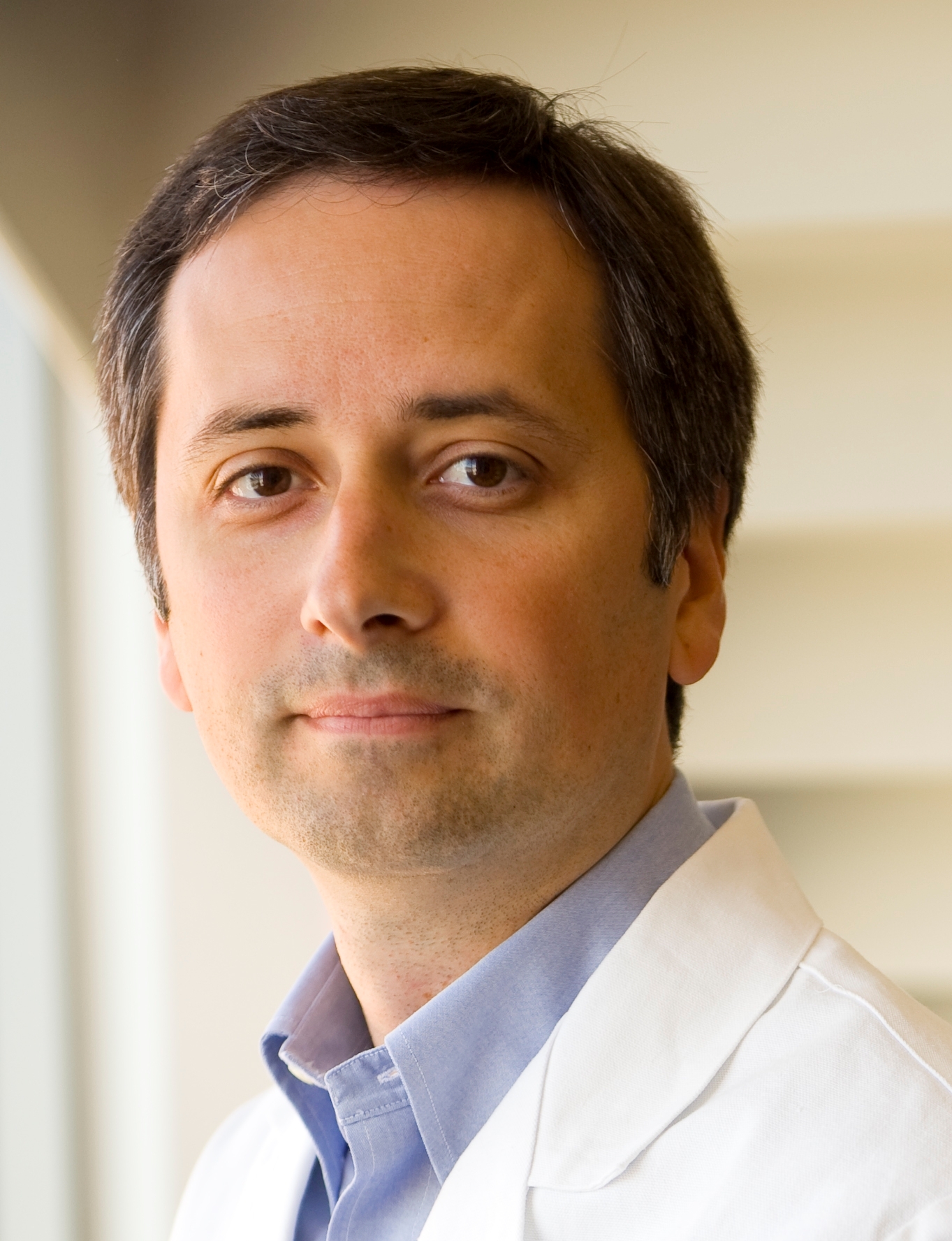 Dr. Velculescu is internationally known for his discoveries in genomics and cancer research.  He and his colleagues performed the first genome-wide sequence analysis in human cancers, identifying key genes and pathways dysregulated in tumorigenesis.  He developed methods for global gene expression analyses and coined the word “transcriptome" to describe the patterns that could now obtained in cancer and other cells.  This research has revealed the genomic landscape of human cancers, including in breast, colorectal, brain, pancreatic, ovarian, head and neck, and lung cancers.  These analyses identified a variety of genes not previously known to be involved in neoplasia, including PIK3CA as one of the most highly mutated genes in human cancer.  Some of these discoveries have led to new FDA approved therapies for cancer patients with PIK3CA and other mutations, as well as technologies that are now used in routine diagnostic tests.  More recently, his group has developed non-invasive liquid biopsy approaches for early detection and monitoring of cancer patients.  These discoveries provide new paradigms for our understanding of human cancer that have benefited patients with cancer worldwide.

Dr. Velculescu currently serves as Professor of Oncology, Pathology and Medicine, and Co-Director of Cancer Genetics and Epigenetics at the Sidney Kimmel Comprehensive Cancer Center at the Johns Hopkins University School of Medicine.  He is the Associate Cancer Center Director for Precision Medicine and the Associate Director of the Johns Hopkins inHealth Program. Prior to his time at Johns Hopkins, Dr. Velculescu attended Stanford University, where he graduated with Honors and Distinction in Biological Sciences.  He then obtained his M.D. and Ph.D. in Human Genetics and Molecular Biology at the Johns Hopkins University School of Medicine.

Dr. Velculescu has served as a member of the Board of Directors of the American Association of Cancer Research (AACR) and as a member of scientific advisory boards of Dana Farber / Harvard Cancer Center, Cancer Research UK, Tisch Cancer Center at Mount Sinai, Ludwig Cancer Research, the Mark Foundation for Cancer Research, and the White House Cancer Moonshot.  He is a founder of Personal Genome Diagnostics and Delfi Diagnostics.  His work has been recognized by a variety of national and international awards and honors, including the Grand Prize Winner of the Amersham/Pharmacia & Science Young Scientist Prize (1999), Judson Daland Prize of the American Philosophical Society (2008), the European Association of Cancer Research and Carcinogenesis Young Investigator Award (2008), the AACR Award for Outstanding Achievement in Cancer Research (2009), the Paul Marks Prize for Cancer Research (2011), the EY Entrepreneur of the Year Award for Maryland (2016), and the AACR Team Science Awards for Research in Pancreatic Cancer (2013), Brain Cancer (2014), and Liquid Biopsies (2017).  He has been elected to a variety of national and international associations and academies, and according to Thompson Reuters is among of the most highly cited researchers in the world.