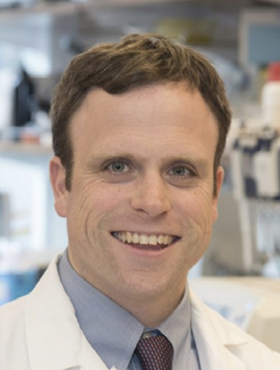 Dr. Christopher Mason is a Professor of Genomics, Physiology, and Biophysics at Weill Cornell Medicine. He completed a dual B.S. in Genetics & Biochemistry at University of Wisconsin-Madison (2001), a Ph.D. in Genetics from Yale University (2006), Post-doctoral Fellowship in Clinical Genetics at Yale Medical School (2009) while also serving as the first Visiting Fellow of Genomics, Ethics, and Law at the Information Society Project at Yale Law School (2006-2009). In 2010, he became an Assistant Professor of Genomics, Physiology, and Biophysics at Weill Cornell Medicine, then promoted to Associate Professor in 2015, made the Director of the WorldQuant Initiative for Quantitative Prediction in 2017, and promoted to Full Professor in 2021. He also holds appointments at Tri-Institutional Program on Computational Biology and Medicine (Cornell, Memorial Sloan-Kettering Cancer Center and Rockefeller University), the Sandra and Edward Meyer Cancer Center, the Feil Family Brain and Mind Research Institute, (BMRI), and is an affiliate fellow of the Information Society Project (ISP) at Yale Law School, affiliate faculty of the Consortium for Space Genetics at Harvard Medical School, and a Core Faculty Member of New York Genome Center (NYGC). He was named as one of the “Brilliant Ten” Scientists by Popular Science, featured as a TEDMED speaker, and called “The Genius of Genetics” by 92Y. He has >250 peer-reviewed papers and scholarly works that have been featured on the covers of Nature, Science, Cell, Nature Biotechnology, Nature Microbiology, and Neuron, as well as legal briefs cited by the U.S. District Court and U.S. Supreme Court. He is an inventor on four patents, co-founder of five biotechnology start-up companies, and serves as an advisor to 21 others as well as 3 non-profits.