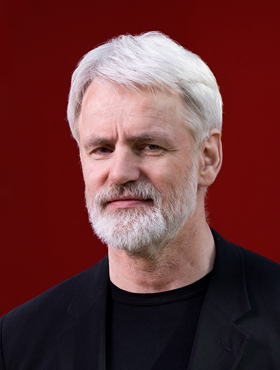 Kari Stefansson MD, PhD is a founder and CEO of the Icelandic biotechnology company deCODE genetics. He pioneered the use of population genetics in the study of human diversity. The population approach he advanced in Iceland has served as a model for large scale genome projects around the world. Before founding deCODE in 1996 Dr. Stefansson was a professor of neurology, neuropathology and neuroscience at Harvard Medical School. Dr. Stefansson is an International Member of the US National Academy of Sciences, he is a member of the European Molecularbiology Organization (EMBO) and he is the recipient of the American Society of Human Genetics (ASHG) William Allan Award, the European Society of Human Genetics Award, the Anders Jahre Award, the Federation of European Biomedical Societies Sir Hans Krebs Medal, the European Heart Association Gold Medal, the World Glaucoma Association Award, the American Alzheimer’s Association’s Inge Grundke-Iqbal Award, the Wallace H. Coulter Distinguished Award, International KFJ Award from Rigshospitalet in Denmark, and the Jakobus Award. Chosen by Time magazine as one of the 100 most influential men of the year for 2007 (Time100 list for 2007), chosen 2007 by Newsweek as one of the 10 most important biologists of the 21 century, Chosen by BusinessWeek as one of the stars of Europe in 2000 at the forefront of change, on the Reuter´s/Thompson´s list of the world´s 10 most cited scientists of 2010, Clarivate Analytics 2016,  2017 and 2018 Highly Cited Researcher in molecular biology and genetics, Clarivate Analytics 2019 and 2020 Highly Cited Researcher Cross-Field.