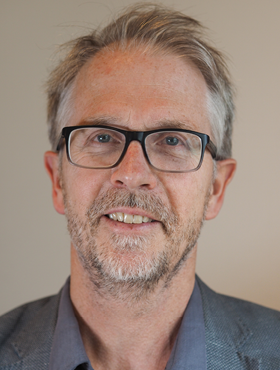 Jørgen Kjems studied chemistry and physics at Aarhus University from where he received his PhD degree in field of RNA in 1989. After being a postdoctoral fellow at Harvard Medical School, Boston, USA 1989-1990 and at MIT, Cambridge, USA 1990-1991 he returned to Department for Molecular Biology, University of Aarhus where he became associated professor in 1994. In 2003 he was appointed as full professor in Nanoscience and was co-founder of the Interdisciplinary Nanoscience Centre (iNANO) which he headed 2014-2018. iNANO is a truly interdisciplinary, physically assembled, entity at University of Aarhus with active participation of about 50 senior researchers, 60 junior researchers and 150 PhD students. From 2017 until today he has headed the Danish National Research Foundation supported Centre for Cellular Signal Patterns, CellPat. He has received several prizes including the Novo Nordisk Prize in 2018. He has published around 400 international research papers and holds an H-idex of 86. His research competencies include drug delivery, tissue engineering, bioimaging, RNA biomarkers and therapeutics, aptamer technology, miRNA and circRNA biologi and role in disease, RNA/DNA and protein based nanotechnologies.