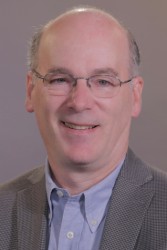 Professor in the Department of Genetics and Development and Institute of Genomic Medicine Columbia University Medical Center; The Jackson Laboratory

Wayne N. Frankel, Ph.D. is currently a Professor in the Department of Genetics and Development and Institute of Genomic Medicine at Columbia University Medical Center (New York), and is also an Adjunct Professor at The Jackson Laboratory.  Dr. Frankel earned his masters and doctorate degrees from Albert Einstein College of Medicine, New York, and did postdoctoral training at Tufts University School of Medicine, Boston, prior to joining the The Jackson Laboratory in Bar Harbor in 1992, where he was a longstanding faculty member before relocating his research laboratory to Columbia in 2015.

Professor Frankel's research is devoted to understanding of the genetic basis of neurological disorders using the mouse as a model organism. While at The Jackson Laboratory, his efforts to identify and characterize genes for neurological deficits including epilepsy led to new insights into genetic control of brain function. His focus remains on studying epilepsy using a multidisciplinary approach at the physiological and molecular level over a variety of genes encoding ion channels, synaptic and RNA binding proteins.  At Columbia he and his colleagues are moving this research into the translational arena, leveraging study of traditional mouse models in collaboration with the JAX Center for Precision Genetics, with complementary ex vivo platforms, such as the multielectrode array to facilitate preclinical evaluation of potential new therapies.  Over his research career Frankel has so far authored or co-authored over 130 professional research publications, and served in various national and international scientific advisory capacities, both in the US (NIH) and international (EU).   Among his editorial board roles was as Founding Editor-in-Chief of PLoS Genetics, the highly respected open-access journal from the Public Library of Science.