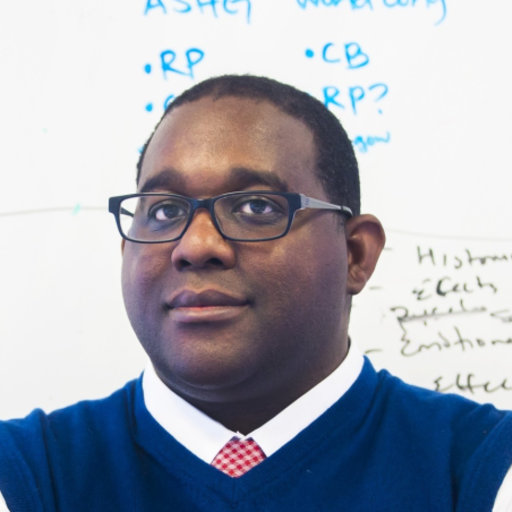 I began my career in Behavior Genetics at William Paterson University where I earned an undergraduate degree in Biology in 2005. Soon after, I attended graduate school at the Institute for Behavioral Genetics (IBG) at the University of Colorado at Boulder where I earned my PhD in 2010. Soon after, I was appointed to the NIMH postdoctoral training grant in child mental health at Rhode Island Hospital and Brown University where I conducted research on childhood/adolescent behaviors that predispose individuals to SUDs.

In 2012, I was awarded a National Institute on Alcohol Abuse and Alcoholism (NIAAA) Mentored Research Scientist Award (K01) and joined the faculty at Brown University. My NIAAA K01 focused on systems-based genetic studies of complex traits, specifically, alcohol use disorders. In 2015, I was recognized as a Rising start by the Association for Psychological Science for my research on the genetic and behavioral mechanisms of substance use and disorders. I later joined the Emory faculty in September 2016. Research in my lab (see below) focuses on mechanisms of substance use and related disorders/traits using a variety of methodological approaches all done in collaboration with national and international collaborators.