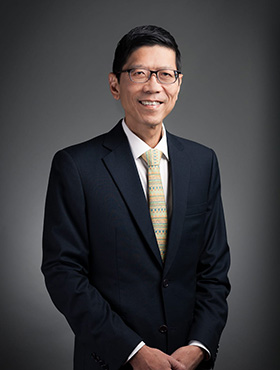 Dr. Tan Chorh Chuan was appointed as the inaugural chief health scientist and concurrently executive director of the new Office for Healthcare Transformation in Singapore’s Ministry of Health since January 1, 2018. He is also the chairman of the Human Health and Potential Executive Committee, which oversees Singapore's health and biomedical sciences research initiative. Dr. Tan was president of the National University of Singapore from 2008 to 2017, and Provost of NUS from 2004-2008. He has served in senior leadership roles in the healthcare and biomedical sciences sectors including as chairman of the National University Health System from 2011-18, deputy chairman of the Agency for Science Technology and Research (ASTAR) from 2004 to 2018 and dean of the NUS School of Medicine from 1997-2000. He was director of Medical Services in the Ministry of Health from 2000-2004, in which capacity he led the public health response to the 2003 SARS epidemic. He is a member of the Boards and Advisory Boards of several international organizations. A renal physician-scientist, Dr. Tan obtained his medical training at NUS, and research training at the Institute of Molecular Medicine, University of Oxford. He is the first Singaporean to be elected as an international member of the U.S. National Academy of Medicine.